Ficosterra participates in the Siam Fair 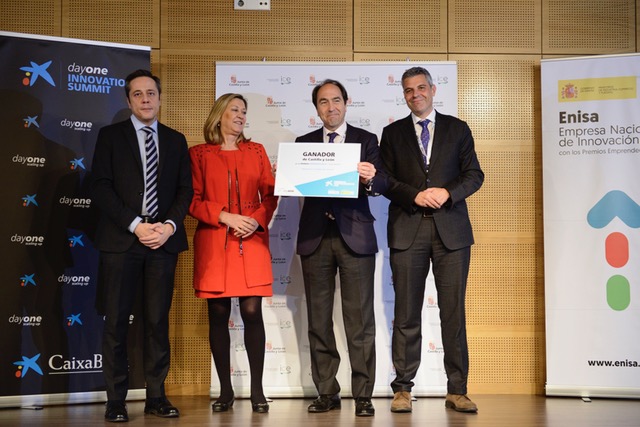 The award was presented on March 22nd in Valladolid during the “DayOne Innovation Summit,” an event celebrating innovation, technology, and entrepreneurship created by CaixaBank to bring together the leading players of the entrepreneurial, technological, and investment fields of Castilla and León.

Pilar del Olmo, the Minister of Economy and Finance of the JCyL; Marc Benhamou, the territorial director of CaixaBank in Castilla, León, and Asturias; and José Bayón, the CEO of ENISA were responsible for delivering the award to Luis Lombana, the general director of Ficosterra. In his acceptance speech, he took the opportunity to highlight the support Ficosterra had received from the Business Competitiveness Institute Board of Castilla and León throughout the launching process.

These awards, which began in 2007, are considered the foremost awards for startups in Spain and Portugal. In addition to an economic endowment, CaixaBank offers a support program for the globalization and expansion of award-winning companies.

A total of 962 companies from Spain and Portugal participated in this celebration of innovate business. There are 19 awards that CaixaBank presents to the companies with the greatest impact in their region: 17 for Spain and 2 for Portugal. In the case of Castilla and León, Ficosterra’s business entry was selected among five finalists: Aquacorp, Fundeen, Hilo Verde Innovación, and Limmat Group.

On May 14th the award will be presented to the best companies in each sector, chosen from the applications received from Spain and Portugal. Six sectors have been definitively linked to the new trends in innovation and the business areas of BPI and CaixaBank, among which is the Agro Tech category, to which Ficosterra has also submitted its entry.